Back to Latest Articles
Nieuws

On of the things on my bucket list is to get my pilots license and take Lisette on a trip somewhere. That is still some years off so in the mean time I read up on what to do....

As some of you might know I’m a fan of Casey Neistat. I’m proud to say I’ve been following Casey from before his days as a vlogger when he was creating movies...

Be nice to robots

Be nice to robots because one day we are probably battling them not for Pooh Bear but for world domination ;-)

Hard Knocks: behind the looking glass

Hard Knocks is one of those shows I start looking forward too late spring/early summer. It’s the official start of the football season if you ask me. For those of you that...

I won’t share links to my email roundups every time, but since this is the very first one I will: read it here. Props to the guys of Revue for putting together a neat...

Entertainment can be cheap, sometimes. Take this 50 cent investment for example, just add some superglue and it will give you – granted mean – laughs for days. The one...

Book tip: Disrupted: My Misadventure in the Start-Up Bubble

I hardly don’t read books anymore, I listen to them via Audible. I recently finished listening to Disrupted. It’s the story of Dan Lyons working at HubSpot. It gives...

So what if you ship high-end designer bikes throughout?the world and they keep arriving in terrible condition because shipping 'partners'?mangle and abuse your packages. Of course you can start talking to your shipping partner and find out how to fix this. But odds are the delivery guy will still figure 'it's just a bike, so it can take some abuse'.

Dutch manufacturer Vanmoof had this problem and solved it by creating a reality distortion field for the delivery guys. You see, the boxes are about the same size as a high-end TV which did arrive in one piece…so they just solved their shipping problem by printing a picture of a TV on the side. Done!?Ingenious solution if you ask me.

Unless you use Fedex…. 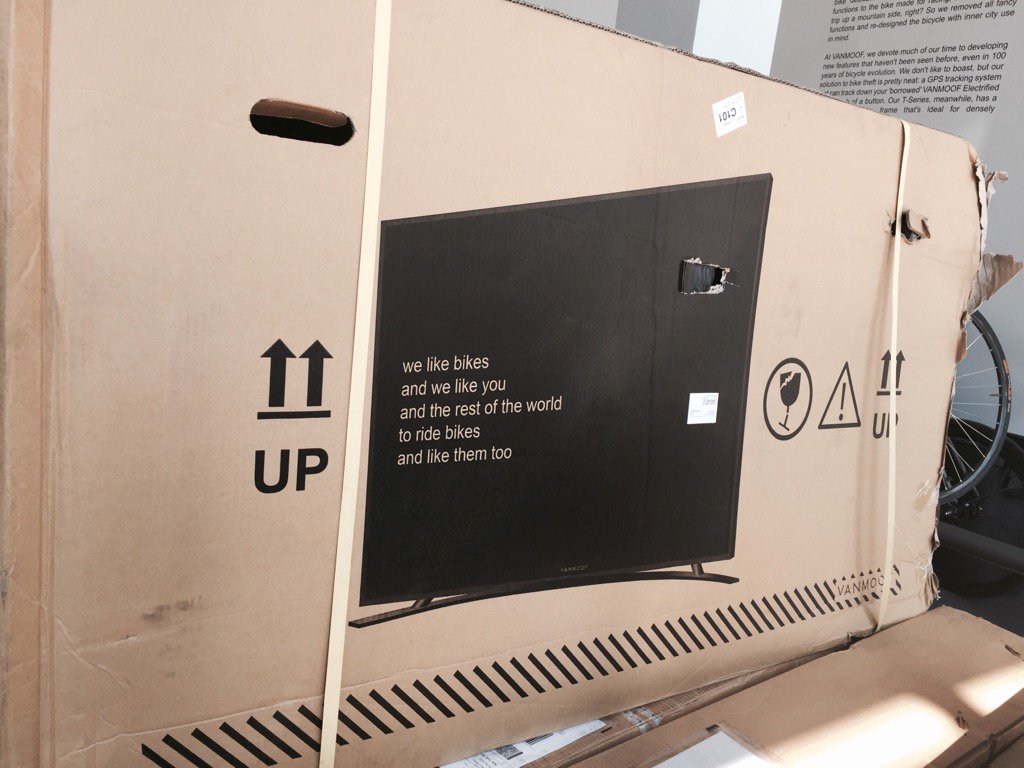 It actually reminds me of a story Frank told me about the start of Hot-Orange, basically an early Amazon competitor which is no longer around. They started shipping products in very bright orange boxes which looked cool, but also tipped off anyone to the contents. Since Hot-Orange sold mostly expensive high-end items often the packages went missing or were opened. This was before the times of tracking-and-tracing which made it even harder to solve.

How did they finally fix this? The awesome orange boxes were packed inside a normal brownish box to hide the content… Gone marketing advantage of a cool box but at least the customer received the package!